Plenity is an aid for weight management in adults who are overweight or obese and have a body mass index (BMI) of 25 to 40 kg/m , when combined with diet and exercise.

Rx Only. For the safe and proper use of Plenity or more information, talk to a healthcare professional, read the Patient Instructions for Use, or call 1-844-PLENITY.

Plenity is an aid for weight management in adults who are overweight or obese and have a body mass index (BMI) of 25 to 40 kg/m , when combined with diet and exercise.

The physician who wrote the following article is an advisor to Gelesis (the maker of Plenity).

Rx Only. For the safe and proper use of Plenity or more information, talk to a healthcare professional, read the Patient Instructions for Use, or call 1-844-PLENITY. 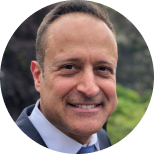 A seasoned entrepreneur, Mr. Zohar has over 25 years’ experience in the development of industry innovating companies. Mr. Zohar is the Founder, Chief Executive Officer and a Board of Directors member of Gelesis Inc., a Boston-based biotechnology company developing a proprietary hydrogel platform designed to leverage mechanobiology along the GI tract to potentially alter the course of chronic diseases including obesity, NAFLD/NASH and inflammatory bowel disease

Zohar led the company from formation and initial discovery as a co-inventor and shepherded the company and product through clinical studies and a landmark FDA clearance of lead product PLENITY™ as an aid for weight management. PLENITY is the first and only FDA-regulated treatment cleared for use by all adults with excess weight (BMI between 25-40 kg/m2) with or without the presence of comorbidities. Prior to founding Gelesis, Mr. Zohar was a Co-Founder of PureTech Health (PRTC.L), a biopharma company developing groundbreaking therapeutics that target the Brain-Immune-Gut axis. In his role at PureTech he led the obesity/GI initiative which engaged leading experts to look at a broad landscape of technologies and approaches. This initiative led to the formation of Gelesis. Zohar has a degree in Business Administration from the College of Management Academic Studies (COMAS) in Tel Aviv and was an air force pilot ranked Captain in the Israeli Defense Forces. 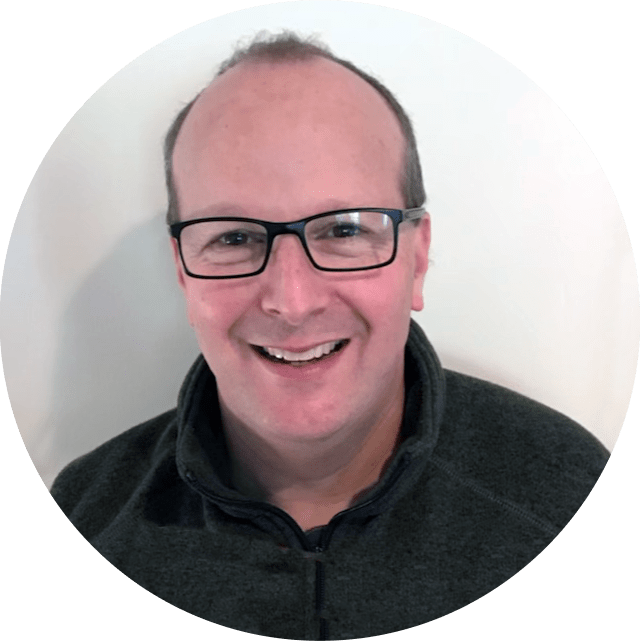 Dr. Pass joins Gelesis with more than 20 years of commercial expertise across multiple therapeutic areas with a focus on diabetes and metabolics.
more

Dr. Pass gained a broad range of commercial experience from his time with Johnson & Johnson, and Bristol-Myers Squibb Most recently, Dr. Pass served as Vice President of Marketing at Boehringer Ingelheim (BI) for Diabetes, where he built a billion-dollar franchise. In this role, Dr. Pass also led the BI alliance with Eli Lilly & Company to develop and commercialize a portfolio of diabetes compounds in mid- and late-stage development. David received both his B.S. Pharmacy and Doctor of Pharmacy degrees from Philadelphia College of Pharmacy and Science. He enjoys many interests outside work including cycling, snowboarding, golf and woodworking.

Harry L. Leider, M.D., M.B.A. joined Gelesis from Walgreens, where he was Chief Medical Officer and Group Vice President and provided executive leadership for the Company’s unique platform to impact the six million customers who visit a Walgreens store each day, as well as the two million customers who interact with Walgreens digitally.
more
Prior to joining Walgreens, Dr. Leider served as Chief Medical Officer and Senior Vice President of Ameritox, a national specialty laboratory providing medication monitoring services to physicians treating chronic pain and serious mental illness. Previously, he was Chief Medical Officer of XLHealth, a national Medicare Advantage plan that served seniors with common chronic illnesses. Dr. Leider speaks frequently to national audiences and is a core faculty member for the American Association of Physician Leadership where he also served as a recent past-President and Board Chairman. Dr. Leider has also served on the faculty of Harvard Medical School and the Johns Hopkins Carey School of Business. With over 25 years of experience as a senior healthcare executive for a variety of innovative healthcare companies, his passion is leveraging his business, leadership, and clinical skills to create programs, services, and intellectual property that improve the health of large populations at scale.
less

Dr. Chiquette joins Gelesis with over 15 years’ experience in Medical Affairs within the pharmaceutical, biotechnology, and medical device industries.

Dr. Chiquette was involved in developing medical strategies for first-in-class launches like orlistat, GLP-1 agonist, amylin analog, endobarrier device, and metreleptin at Hoffman La Roche, Amylin Pharmaceuticals, Aegerion and GI Dynamics. In her leadership roles throughout the years, Dr. Chiquette built strong expertise in regulatory affairs for pharmaceuticals, biologics, and devices in both United States and Europe. Prior to launching her career in industry, Dr. Chiquette completed her pharmacy degree at Laval University in Quebec, a Pharm.D. At University of Texas Health Science Center at San Antonio, followed by a post-doctorate fellowship in Epidemiology. Dr. Chiquette served as Deputy Director for the San Antonio Evidence-Based Practice Center program for the US government Agency for Healthcare Research and Quality and authored several meta-analyses. In that capacity, Dr. Chiquette led the supportive evidence report for the National Institute of Health Obesity Guidelines in 1998 and co-authored the associated publications. Since then, her career, publications and interest has been focused on therapeutic options for cardiometabolic diseases.

Dr. Alessandro Sannino is a co-inventor of the GS100 technology, is Professor of Polymer Science and Technology and the director of the Bioslabs at the University of Salento.
more
Dr. Sannino is responsible for the Life Science division of the Puglia District of Technology and adjunct faculty at the Massachusetts Institute of Technology (MIT). He is also an advisor to the National Institute of Health, of the Italian Ministry of Health (Italian equivalent to the FDA). Dr. Sannino’s research activity is focused on macromolecular hydrogels, polymer microstructure modifications, tissue engineering constructs and cell-material interactions, has published over 100 scientific papers on these topics. He received his PhD at University of Naples and University of Washington on polymer technology, and did a post-doctoral fellowship at MIT.
less

Mr. Maltz has 15 years of accounting and corporate finance experience working with public and private companies, specializing in the biotechnology, medical device and manufacturing industries.
more 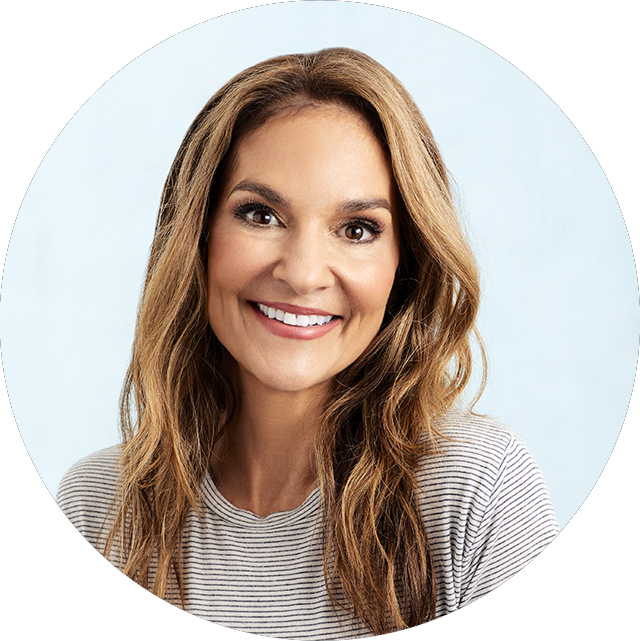 Joy Bauer, MS, RDN, CDN, is one of the nation’s leading health authorities. She is a well-known TV and media personality and a #1 New York Times bestselling author with 14 bestsellers to her credit. Joy is also the creator of JoyBauer.com and the official nutritionist for the New York City Ballet.
more

In the earlier part of her career, Joy was the Director of Nutrition and Fitness for the Department of Pediatric Cardiology at Mount Sinai Medical Center in New York City, as well as the clinical dietitian for their neurosurgical team. One of Joy’s most rewarding experiences was creating and implementing “Heart Smart Kids,” a health program for underserved children living in Harlem. Prior to making the jump to media, she taught Anatomy & Physiology and Sports Nutrition at NYU’s School of Continuing Education, as she worked to build what would soon become the largest private nutrition center in the country.

Passionate about delivering scientifically sound, realistic information to millions of Americans, Joy has received countless awards including the National Media Excellence Award from two of the most esteemed organizations, the Academy of Nutrition and Dietetics and the American Society of Nutrition Science.

When she’s not dishing out health info or sharing tasty recipes on TV, you’ll find Joy making a mess in her kitchen or spending quality time with her husband, three kids, and fur-baby, Gatsby. 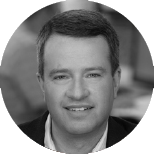 Mr. Abraham has been a member of Launchpad Venture Group, an angel investing group focused on early stage investments, since July 2019.

In addition, Mr. Abraham is also a founder and, since January 2008, the Chief Executive Officer of Phoenix Pharmaceutical Group, a life sciences consulting and venture creation firm. Mr. Abraham previously served as General Counsel, Chief Compliance Officer and Corporate Secretary to Selecta BioSciences Inc. (Selecta), a former client of Innovation, from May 2011 to November 2018.

Mr. Abraham also has extensive experience in patent prosecution and protections, having served as the Executive Director for Patents for Durect Corporation from August 2006 to December 2008 and as Senior Patent Counsel for Johnson and Johnson from February 2004 to August 2006. Mr. Abraham received his Juris Doctor from The George Washington University Law School, is a member of the bar in the State of California, the Commonwealth of Massachusetts and the District of Columbia and is a Registered U.S. Patent Attorney.